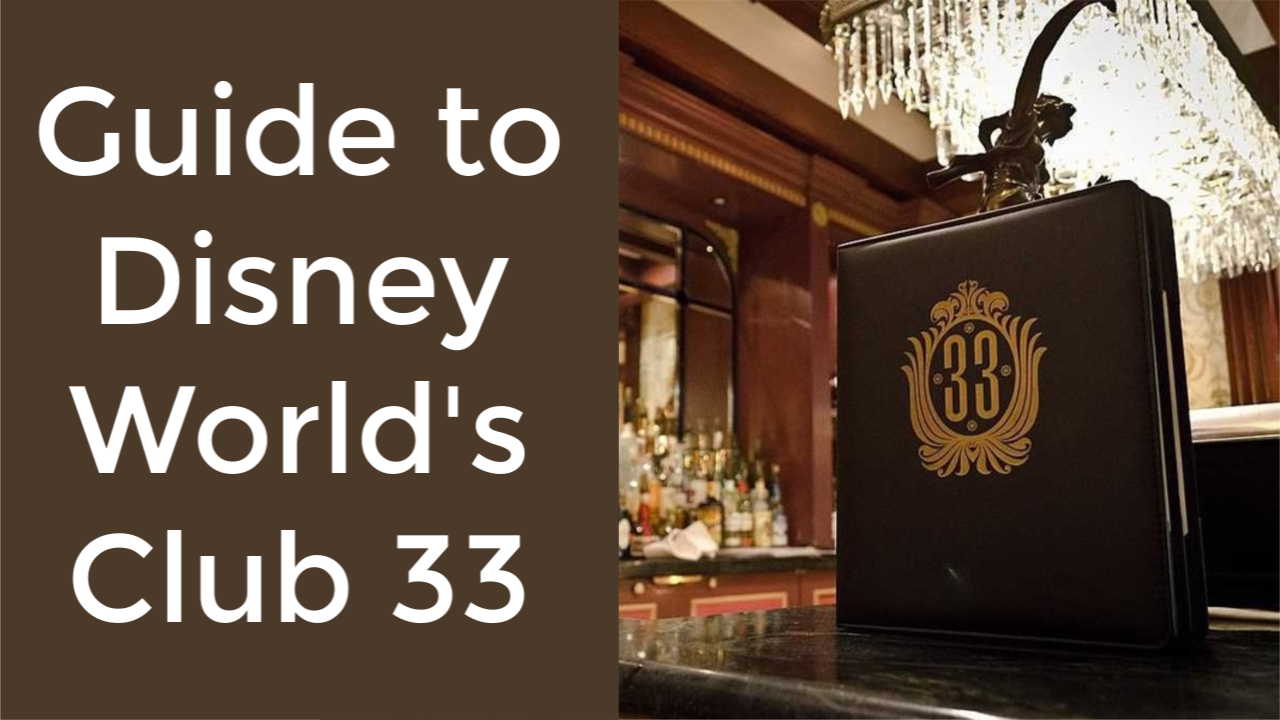 If you want to be treated like royalty, or if you are, Club 33 at Disney World is the place to be. It may sound like a dream, but for most people Club 33 will never be more than a fantasy because entry is as exclusive as it gets, Disney’s very own version of The Hurlingham Club or Cercle de Lorraine. It seems likely that you’d recognize the names of many of the members but you’ll never know for sure because Disney isn’t the type to kiss and tell.

While Some of the club secrets may be completely hush-hush, but we have plenty of juicy details to entice future members.

What is Club 33 at Disney World?

Walt himself dreamt up Club 33, but he didn’t live long enough to see it open to the (not so) public. In addition to being a private getaway within Disney Parks, it is also a sort of social club with incentives (more on that later). The point and purpose of Club 33 is to create a place where the wealthy and famous can relax in the manner to which they are accustomed to.

Surprisingly, Club 33 Disney World Florida came into being far later than all the other locations. It was 2018 before the first doors opened for members in the iconic Florida park. At least one of the four club locations isn’t scheduled to open until later this year or possibly even further down the road. These one-of-a-kind dining and social club locations serve drinks and nibbles to the peckish upper crust and whatever friends and family they may have along on the trip.

Perks and Privileges of Club 33 at Disney World

The opportunity to rub elbows with other paragons of the social nonpareil away from prying eyes is just the tip of the iceberg. However, Disney is serious about keeping what really goes on inside under wraps. They don’t allow any form of active recording device in Club 33. Not even the diamond encased cell phones that are occasionally all the rage with fashionable women-of-quality can be turned on. It seems that money can’t quite buy you everything.

When you join the club you are given a Premier Pass that includes entrance for your spouse and any kids you may have who are under the age of 26. Private concierge service par excellence comes standard. Being pampered and peerless includes five (day long) guided tours per year. Each member also has a set number of FastPass+ reservations available to them and 50, 1-day park hopper tickets each year, so the benefits can be shared with your slightly-less elite friends.

How Much does Club 33 Cost?

All those features sound delightfully indulgent. Mingling with the aristocracy and other notables may be your cup of tea, but if you want to try it out for yourself there is an exquisite price to pay. To be exact, it will cost you $48,000 to walk through these doors. The first $33,000 is just what it costs to join. The rest, a whopping $15,000, is only enough to cover the first year’s dues.

Where is Club 33 at Disney World?

There are four locations of Club 33 Disney World Florida. This is a marked shift from the other, less trafficked parks which each boast a single Club 33 venue inside the park.

The four Club 33 locations are inconspicuous, just like the original location that is hidden in Orleans Square. The American Adventure hosts the ‘Epcot Location’. Hollywood Studios is said to have been the second location to open. Adventureland’s secret restaurant is called The Magic Kingdom Lounge. The fourth location is so exclusive it doesn’t even exist yet, though it will eventually be stashed away somewhere within the Animal Kingdom.

When you decide you are ready to take the leap, getting in can still be tricky. There is more to it than simply handing over a cheque. There is a reputation to maintain after all. Club 33 members expect better for their money, and they get it. Like all well run private establishments, it won’t do to simply allow anyone off the streets.

The allure of the posh Club 33 is in its mystique and members. The value of being able to skip past the notoriously long lines for rides, bring guests free, and visit when you like, all while being catered to on the highest level, is no small thing. Doubtless, the perks are choice and the premier locations elegant, but the true worth in becoming a member is the discriminating exclusivity itself. With a price tag that could easily buy you a car or cover most of the down payment on a half million dollar home, Club 33 will remain a mystery to most. For the select few who do get past the velvet rope, one thing is abundantly clear, dreams really can come true.