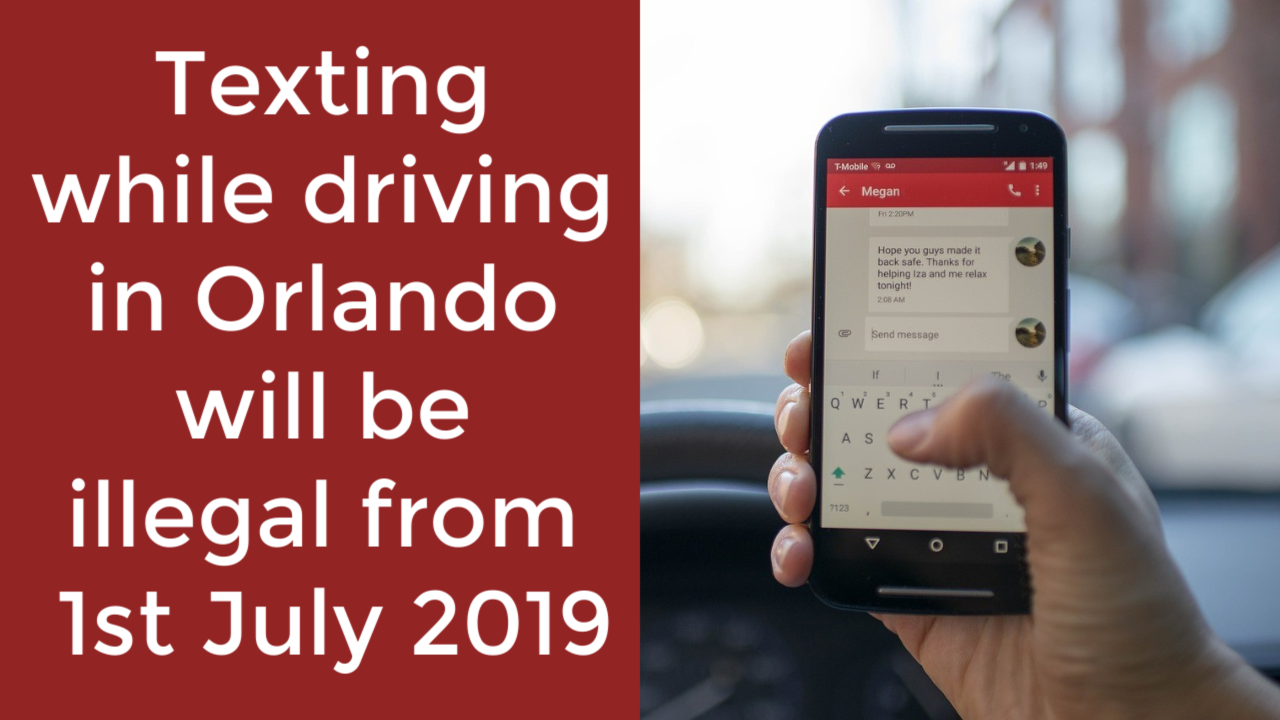 Texting while driving in Orlando will be illegal from 1st July 2019.

On July 1 a new law comes into effect which will give police officers the right to pull over and give a ticket to anyone that they suspect of texting while they are driving. Even though this will make texting while driving a primary offence, there are many loopholes that drivers can take advantage of.

The only way that an officer can prove that the driver is texting is by accessing the messages that have been sent and received. This will be done by checking the drivers’ phone. However, legally the driver has the right to refuse to hand over the phone to the officer, meaning that this proof could be difficult to get. If the driver does refuse to give the officer the phone and no proof of texting is obtained, then the driver will be free to go.

The driver could also defend themselves by telling the officer that they were checking their GPS rather than texting. If the driver exercises their right not to hand over their phone, then the officer will not be able to verify that this is the case. They will simply have to accept the word of the driver and send them on their way.

The new law also only includes texting while moving. It is not illegal to text while you are at a red light or stop sign. There are concerns that the law does not go far enough in this respect because it is still easy to get distracted and not notice when the lights change to green.

Even though this law has now been bought into place, there is not a lot of hope that convictions for texting and driving will increase in large numbers. If a driver is spotted texting by an officer, then there is no real way to prove this if the driver does not want to hand over their phone, something which they are well within their rights to refuse to do.

Civil rights groups have also raised concerns about how this new law will affect minorities. The American Civil Liberties Union have already stated that they are concerned about people of colour being stopped more often as a result of this law coming into effect. The ACLU carried out a study in 2014 that black drivers were twice as likely to be stopped for not wearing a seatbelt than white drivers. Some people are worried that this new law will present law enforcement with another opportunity to stop people of colour more often.