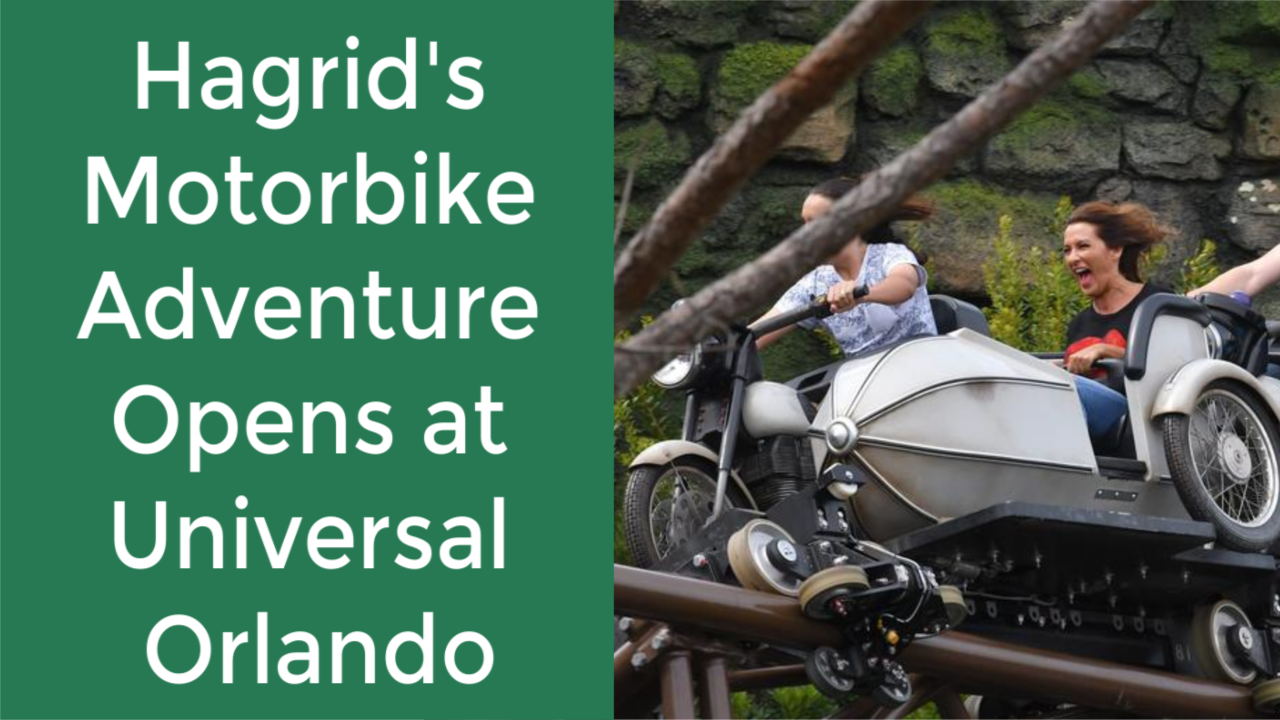 In an age when theme parks seem to be growing stagnant in terms of offering new experiences to its guests, Universal Orlando Resort has once again upped the bar. Guests get to relive The Wizarding World Harry Potter in a new and exciting way. The newest ride in this genre is Hagrid’s Magical Motorbike Adventure, and the reviews to this point are rather stellar to say the least.

If you are a Potterhead, you will want to prepared to embark into the fantasy world on an entirely new adventure than what you are used to. The great thing about this addition to Universal Orlando is that it combines traditional rollercoaster type adrenaline rides with a unique story telling element that is as creative as it is fascinating. The result is an experience that guests will leaving wanting more of.

The new Hagrid Ride Orlando is located inside Universal’s Islands of Adventure Theme Park. Once guests arrive, they will be taken on a journey through the Forbidden Forest. It is there they will become up close and personal with various types of magical creatures that one would expect to see in a Harry Potter type adventure. This includes unicorns, Cornish pixies, centaurs, a three-headed dog that Hagrid has named Fluffy, and more. Some of these were never even featured in the movie, which makes them extra special to serious Harry Potter fans.

Guest do not even waste time standing in line, as the story actually beings right there in the queue. It is quite entertaining to just take in all of the images and sounds that one will encounter as they move through the line. No matter what your age might be, this part of the experience alone is more than enough to draw you in.

You will begin by passing through various types of graffiti that have been posted by students Hogwart has has in the past. This demonstrates the reality that many students have long been using the grounds of Hogwart as a way to skip out on their own studies.

Not long after this, visitors encounter giant pumpkins, hidden Easter eggs, and possibly even some real ones. Upon entering the ruins, you will be able to see exactly what it is that Hagrid has been up to all this time. You will even begin to envision how it is that the Blast-Ended Skrewt came into being.

When finally arriving at the ride itself, guests have a choice. One can either ride on the motorbike or the sidecar. Keep in mind that the motorbike allows you sit a bit higher, while the sidecar will give you more of a feeling of security. The choice is up to you. This roller coaster runs over a track that is nearly a mile in length, making it the longest in all of Florida. You will be catapulted through a total of seven different launches, even going backward at certain point during the ride. There is also a free fall that measure and impressive 17 feet, so you might want to lay off the sugar before riding this one!

This new ride opened to the public on June 13th 2019 and is not to be missed!