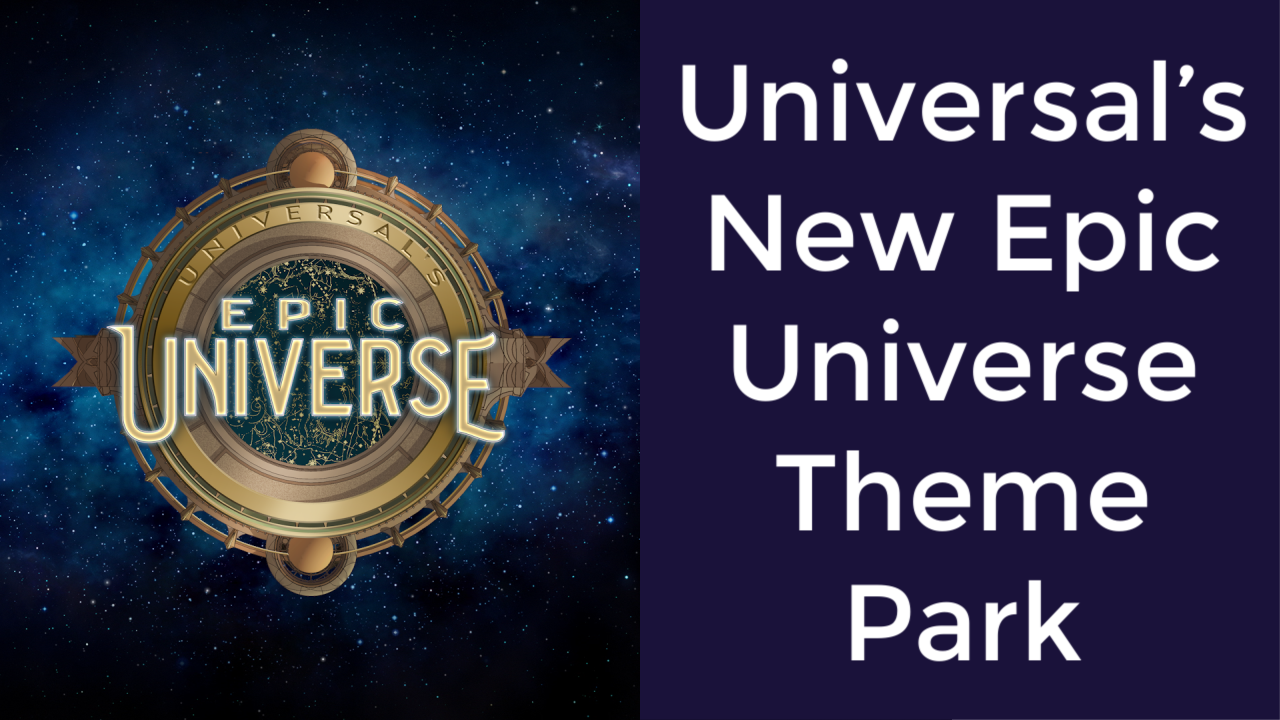 Following many months of rumor, Universal has finally announced their plans for a huge new theme park. ‘Epic Universe’ will span approximately 750 acres and generate in the region of 14,000 new jobs for the region and will be built only a few miles from their current main property.

The addition of Epic Universe to their current investment will roughly double the total holdings of the company in the greater Orlando region. Alongside existing parks Universal Studios, Islands of Adventure and Volcano Bay, there is also going to be considerable investment in Universal’s hotels/resorts division. With six currently in their inventory it is likely that number will reach ten or potentially even double should the park be well received.

It is expected that it will also be the largest sum they have ever invested directly in the state of Florida and one of the largest in the company’s history. While it may not quite come close to the amounts spent on their core business – especially their Xfinity range – it is a huge investment by a company that has a strong history in the state.

Epic Universe – or a similar style theme park – may well have been in the pipeline for many years. Universal Orlando actually purchased the land as part of a 1,800 acre from Lockheed Martin back in 1998. It was subsequently sold a few years later in 2003, only to have the acreage destined now to be used for Epic Universe to be repurchased over 2017/2018.

There is no doubt that the sheer scale of the project is going to provide a substantial boost for the Central Florida economy. Not only will the Epic Universe create around 14,000 brand new employment opportunities but it will also secure and create an inestimable number of other jobs throughout the construction process – and the subsequent supply chain once the park is operational. It will make Florida home to the largest number of Comcast and NBCUniversal employees.

When combined with their existing theme parks it is believed that this division alone will directly employ 40,000 people in total. Interestingly, Universal has already pledged to match the $15/hour starting wage (up from a current $12/hour) announced by Walt Disney World last year. A large proportion of the jobs will also be skilled – especially in their resorts and culinary departments.

So not only are the company investing heavily in the regional economy, it is quite clear that they intend to make the project pay for their army of employees too. When completed and open for business a Universal funded study conducted by Sean Snaith, an economics professor at the University of Central Florida, projects that the investment will generate $11.5bn each year for the Florida economy.

Universal has not yet released an official opening date but the project is expected to take several years to complete. As part of the new development, the company will be fitting the bill for expanding transport infrastructure in the area, with $160m already earmarked for extending Kirkman Road’s capacity to handle the influx of new traffic. Universal is also working closely with local environmental agencies to ensure that the wetlands remain protected, especially around Shingle Creek Watershed which provides the connection through to the Everglades.

To date, there are no details regarding what ‘theme’ the new park is going to take. All that Universal is giving away so far is that the park will be as much about the ‘journey’ as the ‘destination’. To quote Universal Parks and Resorts Chief Executive Officer Thomas Williams – “I’d love to tell you themes because they will blow you away”.